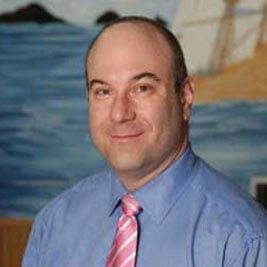 Dr. Benjamin Dancygier or “Dr. Ben” as his patients call him, is the founder and CEO of Valley Pediatric Dentistry and has created and developed a practice based on his core beliefs and values. He has been delivering outstanding pediatric dentistry since 1999. He received his undergraduate education from State University of New York at Binghamton, majoring in Biology and his Dental education from Stony Brook School of Dental Medicine. He completed a general dentistry residency at New York Hospital Queens and then completed a two-year residency in Pediatric Dentistry at Montefiore Medical Center in the Bronx in 1999. Dr. Ben is a Diplomat of The American Board of Pediatric Dentistry. He is involved in several professional organizations including the American Academy of Pediatric Dentistry, American Dental Association and the International Association for Orthodontics.

Dr. Ben and his team are very involved in the Northern Westchester, Putnam and Dutchess County communities and are often found at events throughout the community. Dr. Ben is always happy to support local sports and dance teams with sponsorships. He is always proud to put on a pink tutu in support of Breast Cancer Awareness or jump in a mud pit for Children’s Cancer Awareness. Dr. Ben puts passion into everything he does, truly caring for his patients and what is best for them.

Dr. Ben has lived and practiced in the Hudson Valley region since 1999. He is married to his wife Irene and has two children: Emily and Scott. His joys in life are being with his children, traveling, swimming and watching sports.

Back to Our Doctors
Request an Appointment
HOME